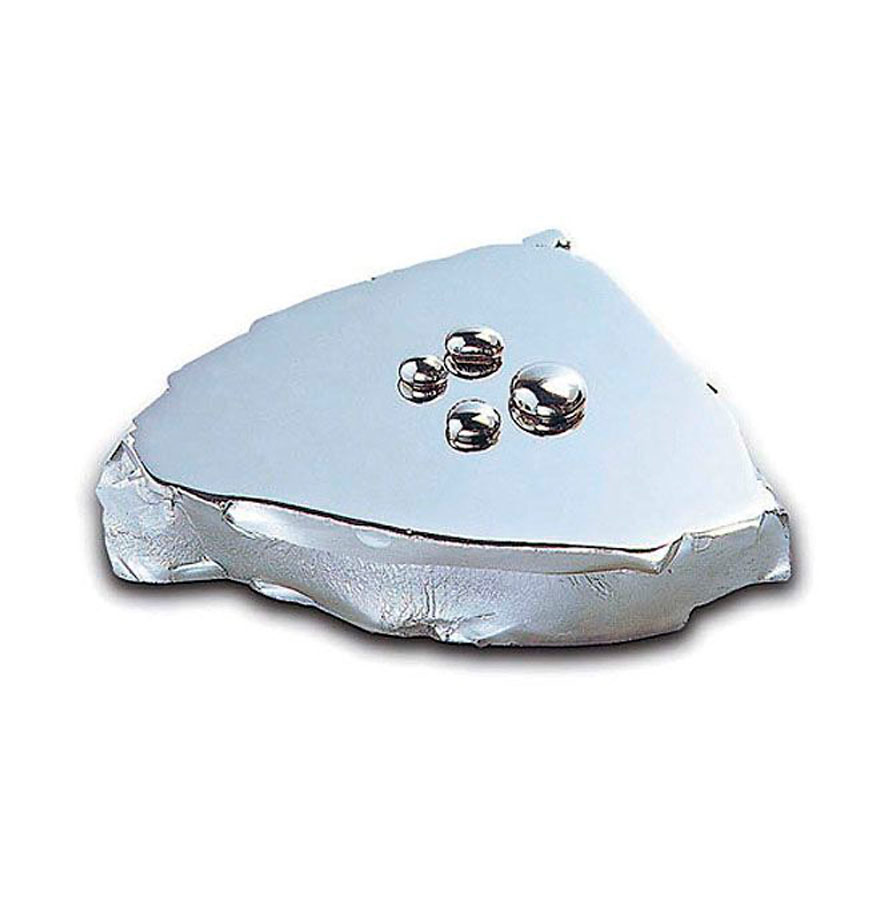 Description
An amorphous metal (also known as metallic glass or glassy metal) is a solid metallic material, usually an alloy, with disordered atomic-scale structure. Most metals are crystalline in their solid state, which means they have a highly ordered arrangement of atoms. Amorphous metals are non-crystalline, and have a glass-like structure. But unlike common glasses, such as window glass, which are typically electrical insulators, amorphous metals have good electrical conductivity and they also display superconductivity at low temperatures.

There are several ways in which amorphous metals can be produced, including extremely rapid cooling, physical vapor deposition, solid-state reaction, ion irradiation, and mechanical alloying. Previously, small batches of amorphous metals had been produced through a variety of quick-cooling methods, such as amorphous metal ribbons which had been produced by sputtering molten metal onto a spinning metal disk (melt spinning). The rapid cooling (in the order of millions of degrees Celsius a second) is too fast for crystals to form and the material is "locked" in a glassy state. Currently, a number of alloys with critical cooling rates low enough to allow formation of amorphous structure in thick layers (over 1 millimeter) have been produced; these are known as bulk metallic glasses (BMG). More recently, batches of amorphous steel with three times the strength of conventional steel alloys have been produced .
Location
More Information
Compare β
Compare β