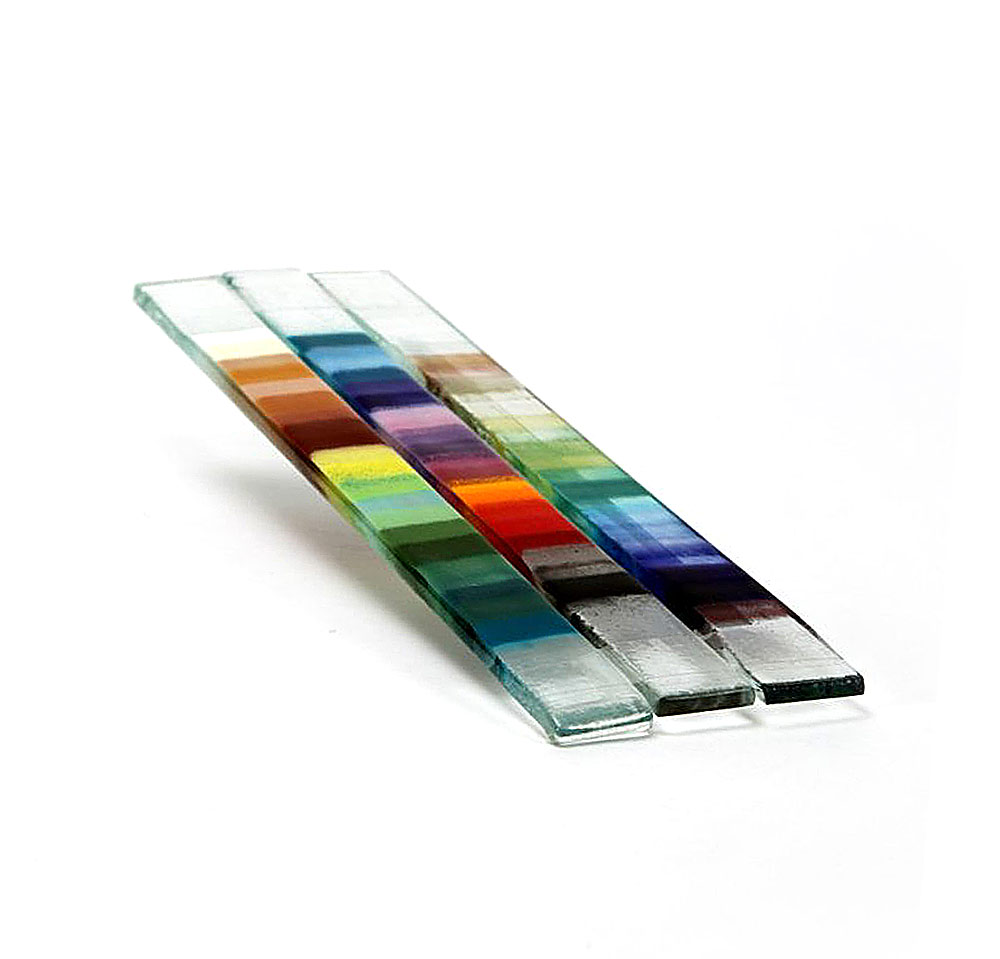 Vitreous enamel, also called porcelain enamel, is a material made by fusing powdered glass to a substrate by firing, usually between 750 and 850 °C (1,380 and 1,560 °F). The powder melts, flows, and then hardens to a smooth, durable vitreous coating. The word comes from the Latin vitreum, meaning "glass". Enamel can be used on metal, glass, ceramics, stone, or any material that will withstand the fusing temperature. In technical terms fired enamelware is an integrated layered composite of glass and another material (or more glass). The term "enamel" is most often restricted to work on metal, which is the subject of this article. Essentially the same technique used with other bases is known by different terms: on glass as enamelled glass, or "painted glass", and on pottery it is called overglaze decoration, "overglaze enamels" or "enamelling". The craft is called "enamelling", the artists "enamellers" and the objects produced can be called "enamels". Enamelling is an old and widely adopted technology, for most of its history mainly used in jewelry and decorative art. Since the 18th century, enamels have also been applied to many metal consumer objects, such as some cooking vessels, steel sinks, and cast-iron bathtubs. It has also been used on some appliances, such as dishwashers, laundry machines, and refrigerators, and on marker boards and signage. The term "enamel" has also sometimes been applied to industrial materials other than vitreous enamel, such as enamel paint and the polymers coating enameled wire; these actually are very different in materials science terms. The word enamel comes from the Old High German word smelzan (to smelt) via the Old French esmail, or from a Latin word smaltum, first found in a 9th-century Life of Leo IV. Used as a noun, "an enamel" is usually a small decorative object coated with enamel. "Enamelled" and "enamelling" are the preferred spellings in British English, while "enameled" and "enameling" are preferred in American English.