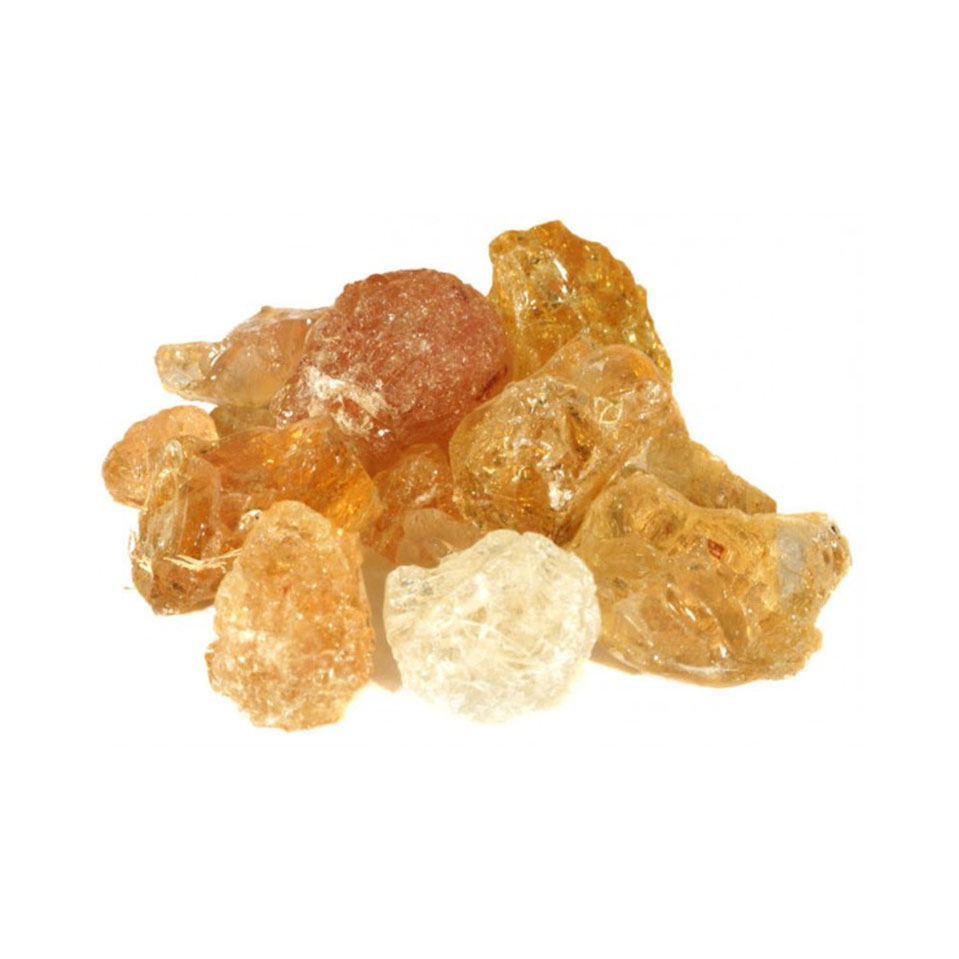 Gum arabic, also known as gum sudani, acacia gum, Arabic gum, gum acacia, acacia, Senegal gum, Indian gum, and by other names, is a natural gum consisting of the hardened sap of two species of the acacia (sensu lato) tree, Acacia senegal (now known as Senegalia senegal) and Vachellia (Acacia) seyal. The term "gum arabic" does not indicate a particular botanical source. In a few cases, the so-called "gum arabic" may not even have been collected from acacia species, but may originate from Combretum, Albizia, or some other genus. The gum is harvested commercially from wild trees, mostly in Sudan (80%) and throughout the Sahel, from Senegal to Somalia. The name "gum Arabic" (al-samgh al-'arabi) was used in the Middle East at least as early as the 9th century. Gum arabic first found its way to Europe via Arabic ports, so retained its name. Gum arabic is a complex mixture of glycoproteins and polysaccharides predominantly consisting of arabinose and galactose. It is soluble in water, edible, and used primarily in the food industry and soft-drink industry as a stabilizer, with E number E414 (I414 in the US). Gum arabic is a key ingredient in traditional lithography and is used in printing, paint production, glue, cosmetics, and various industrial applications, including viscosity control in inks and in textile industries, though less expensive materials compete with it for many of these roles.